It's Final, They are Separated... or Not 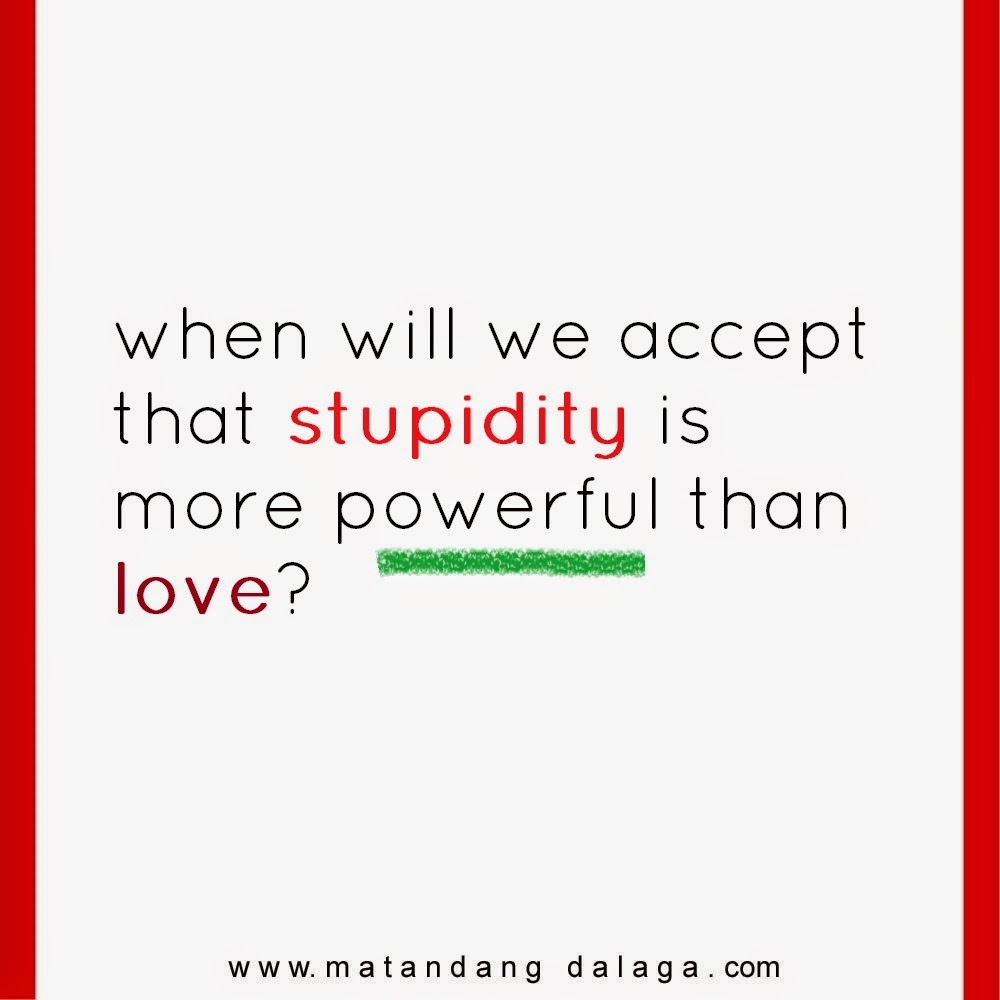 He left her on Christmas Day, when he knew everyone would gather in the eldest auntie's huge house to share the midnight meals together.

He didn't even tell my cousin he was leaving her, he just did.

Imma let you catch up on this story.

She met him in college and "married" him without knowing he was already married and had a kid. So, there wasn't actually marriage but she still insisted on changing her name to his and event tried to get National Statistics Office marriage certificate as if, by some sheer chance, the government depart in charged of keeping the social status of a person will somehow miss the name of her husband the woman he actually married.

She went on to use the guy's name in every official document she has.

Time passed and we noticed the guy is lazy. Not, in that 'I don't want to throw the thrash' lazy but just plain 'ol lazy. The only job he can every do is teaching people how to buff up their muscles because the only passion he has is his body. He has no conversational skills, not because he is shy, but because there really isn't much in that gray matter of his.

Three Christmases ago, he left her... on Christmas day itself. My cousin went frantic looking for him. Apparently, he left because he was too embarrassed to admit he hasn't had a job for more than three months. To cover that up, he sold the motorcycle that my other cousin has been paying for as a gift to my cousin (the one married to him).

His mother said he wasn't staying with her. My cousin later learned that wasn't true. After months of crying and drama, he finally admitted that he has another woman. The other woman works as an entertainer in Japan and regularly sends money to him. He got it good. He has a sugar mommy who is away most of the time. He gets to enjoy the money the other woman is sending him.

Meet the four idiots in my life.

My cousin became a booty call. Yes, she was still sleeping with him and literally drops everything when the guy texts her to meet with him.

For some reason, my cousin realized that it wasn't healthy for her to keep on doing it and after several times of claiming they are actually separated, she made a final call and said they really are separated. She got a passport with her own name and started processing all her official documents to change her name back to her father's name.

She got herself a boyfriend.

Then, last month, my mom told me the husband (who is not really a husband) is living with my cousin again.