If I had gotten pregnant at 15, I will already have a daughter or son that's old enough to get married.

Of course I didn't. Otherwise, I'd be naming my blog matandangina.com

So... there are times when I see a guy in his mid 20s and find him attractive. I check him out and I continue to do so before something happens that forces me to realize that I am 10 damn years older than he is like not being asked for an ID when I buy wine or beer or feeling some back pain I used to hear from my grand mother, may she rest peace.

Letter to my future son.

He isn't bad looking, to be honest. He seems to be a guy that wants something to happen in his life as he supports himself to school. We have good conversation despite the age gap. He is, by all accounts, a good catch.

It's just that I'm 10 years older. I know there are a lot of couples out there where the woman is way older and are perfectly happy as they raise perfectly good kids and share good love but damn this stigma, eff those social taboo because I swear to high heavens, it can really get to you. 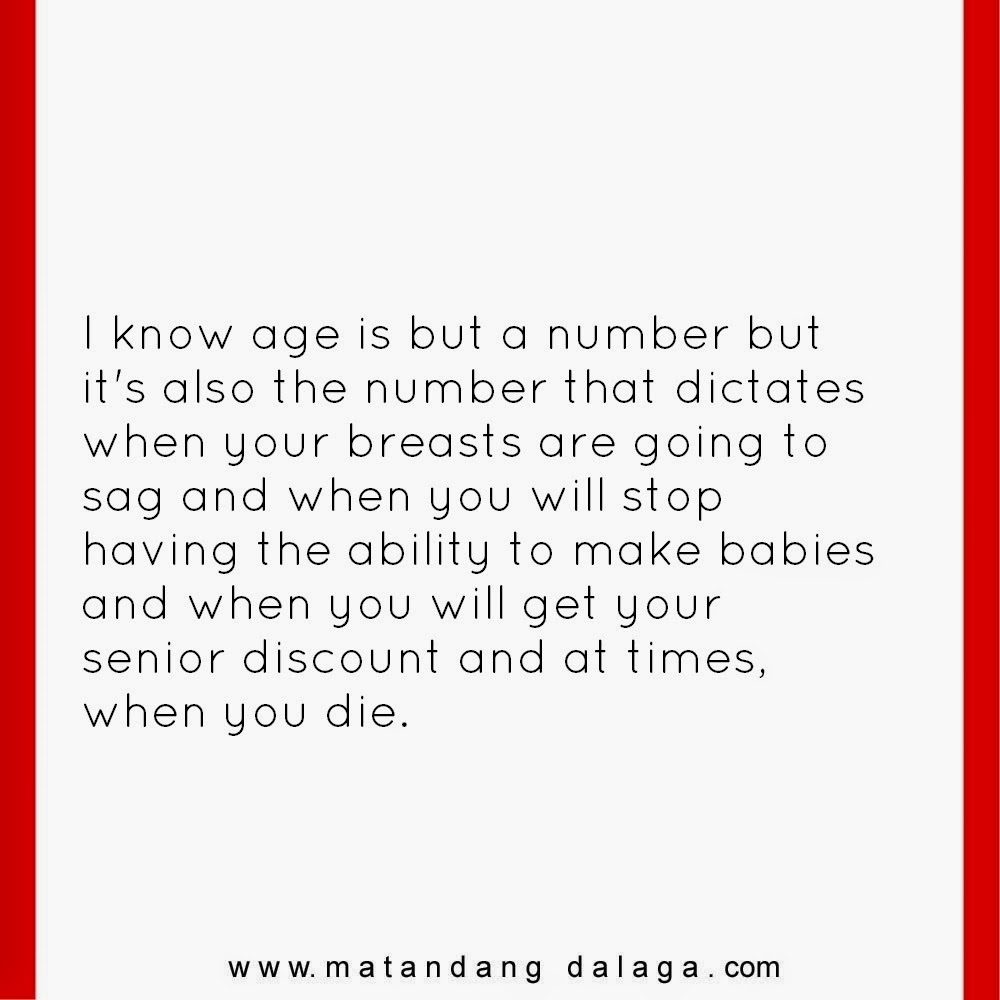 I am not saying I'd get into a relationship with him but when he called me 'baby', it did flatter me. Then I felt like a pedophile.

I'm just thinking about this in general.

Why do relatives run to the single person with a job in the family when in need of money? Click here.

I know age is but a number but it's also the number that dictates when your breasts are going to sag and when you will stop having the ability to make babies and when you will get your senior discount and at times, when you die. So I'd say it's a pretty important number.