Beauty is in the eye of the beholder and shit like that... 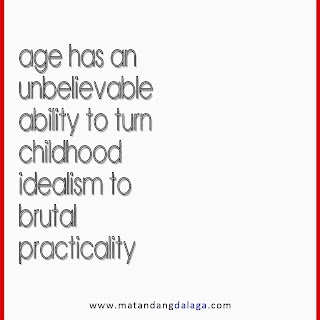 Common humanity will dictate that it shouldn't.

However, age has this unbelievable capacity to turn a huge amount of one's childhood idealism to brutal practicality.

I've been in a long-term relationship. We never lived together but after a three years, I started seeing how "he really looked like". After a while, I started seriously contemplating whether I want his genes in my future children. Given that we weren't exactly blessed in that department, the worst thing I can do is mix my mediocre physical looks genes with a below average physical looks genes. My future children has no way to go. Either way their genes swing, they have not much of  future in that department.

Earning A Lot More Than The Guy, Is It Really Not An Issue?

I can hear people saying beauty is the eye of the beholder. While that is true to a certain extent, that's also also a lot of bull to a huge extent.

Event those people who have been married to the likes of Brad Pitt ended up divorcing them. If the Brad Pitts of this world can't keep a marriage with that look, imagine how is it for people below the passing mark.

I mean... five, six, seven years of marriage... that's waking up every morning next to someone else. He needs to look bearable to me because by that time, romance, infatuation, excitement and all the feel good elements of a new relationship would be gone.

The evolution of gwapo.

And then, there's the children. I know I will love them no matter how they look like but I have a choice now, one I can make for them. I can love with no regard for how it will affect them or make sure I have the best cards I can get in my hand to increase their chances of victory.

So, does looks matter? Yup, it does especially for us who lived our entire lives who had to jump hundreds of more hurdles because our parents didn't care about the looks.
30 and single matandang dalaga update pinoy culture tips from a matandang dalaga weird filipino family