Losing Yourself in a Marriage 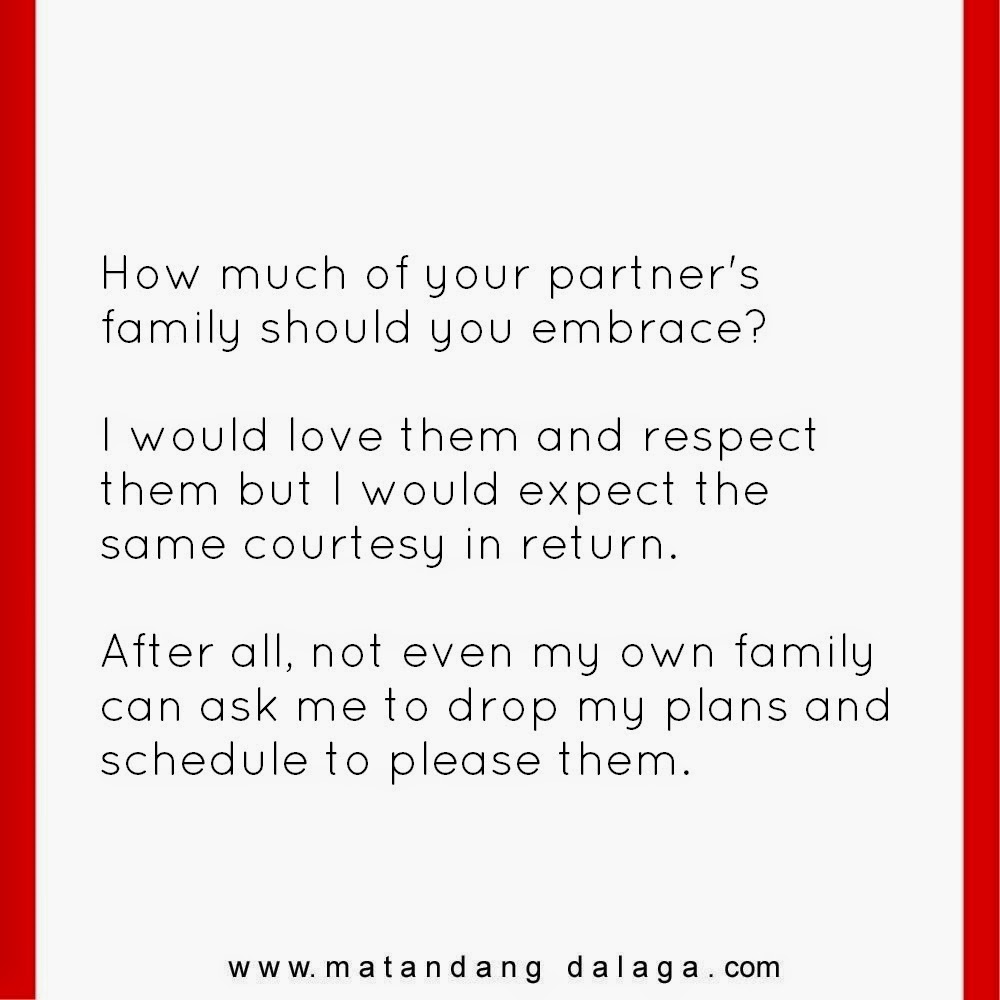 She has always been proud of being an independent woman but she can't go and watch a movie with her female friends without asking for permission from her boyfriend.

She also claims she is used to getting her way because she is an only girl and her father's favorite. In fact, she said she is good at manipulating people.

Yet, she can't manipulate her boyfriend, soon to be husband, so she can have her once a week girl's night out she wants badly.

Maybe she just wants this. Maybe she really is an independent woman but wants to change because this is her vision of a marriage or maybe her definition of independence is different from mine or maybe she never was, she just thought she was.

She is obviously happy and is counting the days to her wedding. I will be in her wedding and will do everything I can to help her in her future married life. My opinion of her personality doesn't matter, of course. However, she does inspire me to ask some critical questions.


Do I Have to Give Up My Professional Independence?

She wanted to be a part of a project I am starting with another friend but she can't because she need the approval of her future husband.

I can't imagine doing that. I understand that marriage is a partnership but I never thought that giving up my professional independence to a ma is a part of it. Maintaining my identity is important to me. Call it vanity. Call it whatever you want but I worked hard to be whole all on my own and my career is a huge part of it.


Sure, my future partner's opinion will be valued and appreciated an he will also be one of my inspirations to work harder but what he wants will not be a factor in my professional decisions.

How Much of His Family Do I Need to Embrace?

His boyfriend's family left for a vacation and it became a given that she was to look after the house and dogs. She had plans to go out of town and go around LA on weekends. It was her chance, after all.

All that was wiped out because her boyfriend didn't allow her and she had to watch the house.


I thought it was highly inconsiderate of ther boyfriend's family. Didn't they consider she had a life? Even my own parents can't just ask me to drop my plans so I can watcher their sh!t. They know I have a life. They know I have things to do and that's not even her family yet.

I don't know if I would be willing to embrace that much of my future's husband's family. I would love them and respect them but I would expect the same courtesy in return.

How Much Do I need to Give Up to Make a Relationship Work?

I take pride in being able to take care of myself and I wouldn't mind the man I am to marry to take care of me but only if I know that even if he decides to leave, I will still be standing in my own two feet.

I don't want to give up my family, my friends and my identity. I would like to build a world with him but not lose the one I have now. Yes, there are certain things that I will change and lose but not the most important things that make me who I am, the person he fell in love with in the first place.