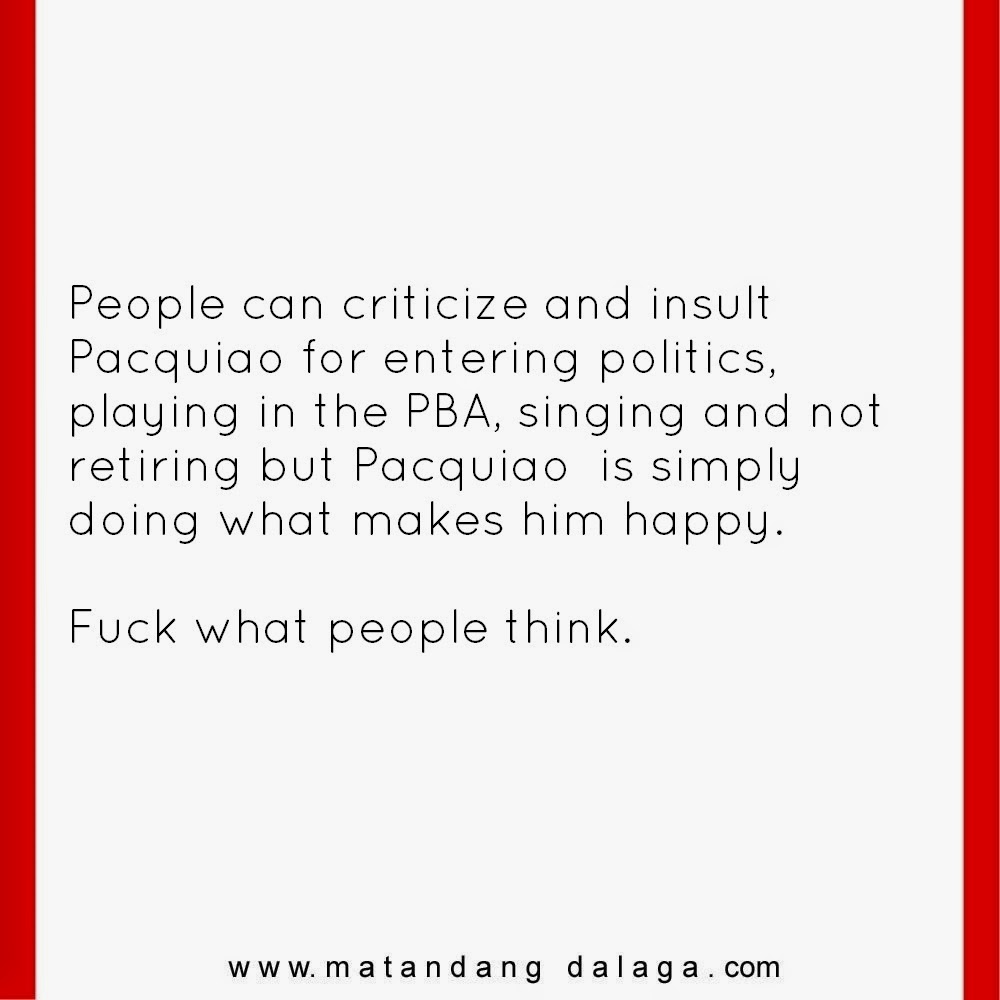 He gets criticized for playing in the PBA, a playing coach at that.

He gets criticized for running for public office.

He gets laughed at for singing.

He gets insulted for his tacky taste.

But he is happy, successful and rich.

He worked his butt out for two decades to become the best boxer he can be.

He became the best boxer in the guddam world.

He earned enough money to buy houses wherever he wants to and buy the cars he likes and give to other people what they want.

He brought honor to this country. He inspired so many.

He has battered and bruised his body for two decades.