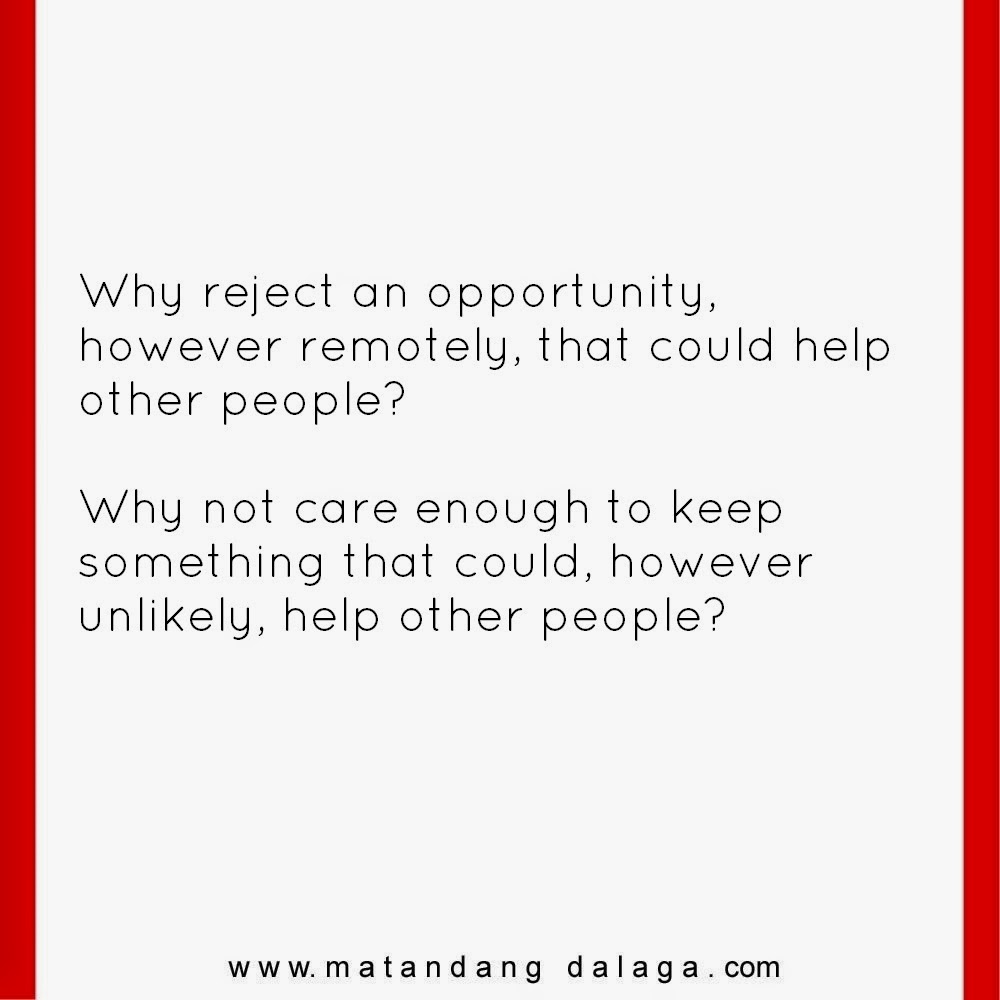 We were having coffee and the amber alert on my phone.

I looked at it and read out loud the plate number and model of the car identified on the message.

She said I should turn it off because it's a disturbance.

I know it's not a big deal for some people. After all, amber alert could be a distraction unless you are a relative of the kid that was kidnapped.

I said I don't want to turn it off because, however unlikely as it may seem, I just might see that car and help a family find their kid.

It doesn't cost me anything and everyone knows what an amber alert is.

I just found her remark a little selfish.

Why reject an opportunity, however remotely, that could help other people? Why not care enough to keep it on?

She did admit to being "a little selfish". Apparently, because she is an only child and is used to getting things her way.

A couple of weeks ago, she ranted about how unfair the law is in the Philippines that grant equal rights to children of mistresses with the children from the legal wife.


I told her it's because it is not the child's fault.

She yes but it encourages women to seduce married rich men knowing their kid will have the same rights as the children with the legal wife.

I told her then the man and the mistress should be punished but it doesn't change the fact that the child has nothing to do with it.

She said it makes the children of the legal wife suffer because they are losing inheritance.

I said they aren't losing anything because it's not theirs to begin with. Those are just being "given" to them and the child with the mistress has just as much right as they do.

She said it's only there because a senator with 88 children with countless wives want to make sure all his children are protected.

I said he is wrong for womanizing but it doesn't make him wrong in everything he does.