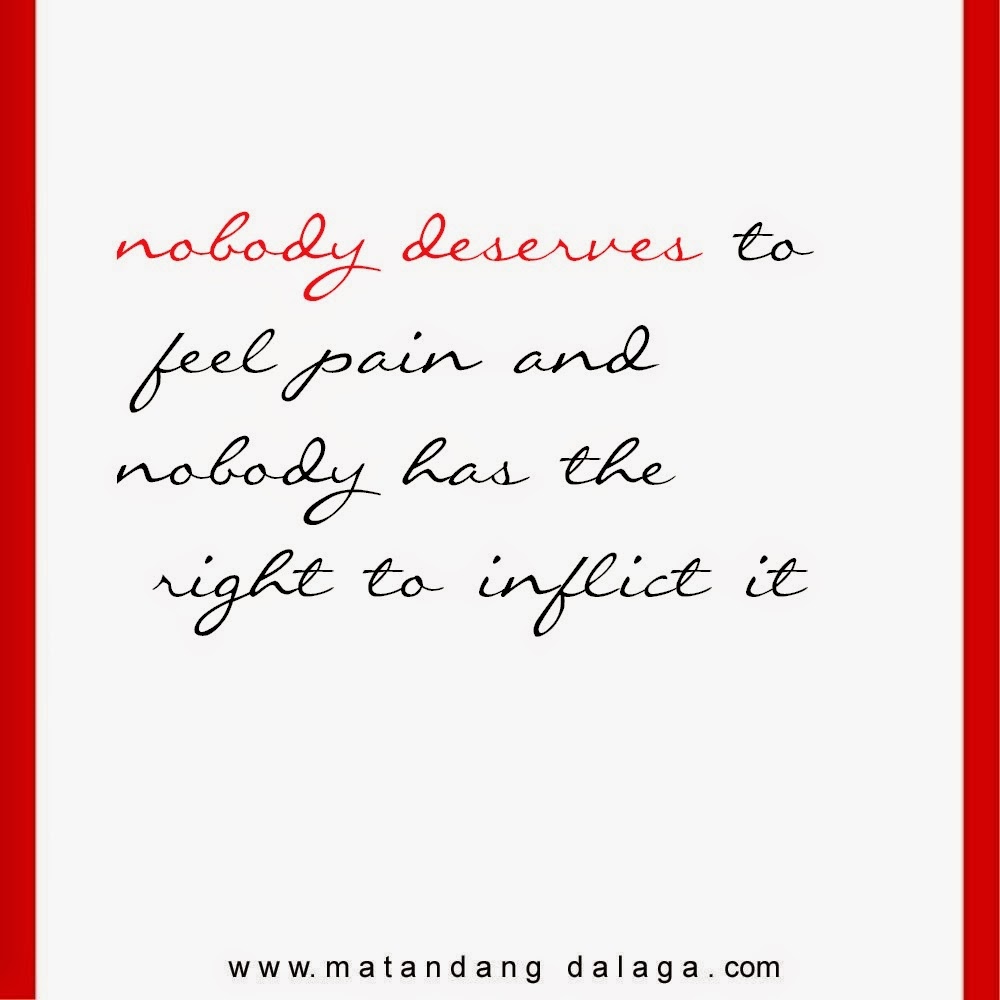 She said she never had a boyfriend. She's almost 30.

She said it's by choice.

She said she's dated men but nothing serious.

She said there has never been anyone that has made her fall in love... but many have fallen in love with her.

She said she's makes men cry and it's she feels empowered because so many men make women cry.

I don't understand why at 30, she still doesn't know that hurting anyone isn't something you should be proud off.

I don't wish her the pain but I hope she will soon realize that nobody deserves to feel pain and nobody has the right to inflict it.

Do you know what hurts the most when you are cheated on? Click here.

I know because I've been hurt and let me tell you, it made me feel like a piece of sh!t. It hurts being abandoned and rejected. It hurts knowing that the person you love didn't just not love you back but hurt you.

It could make you feel lost, useless, worthless and low.

But you know what's worse? Being on the other end.

I know because I've hurt and let me tell you, when you know that the minimum requirement for being a human being is to "not inflict damage and not destroy people or things", you become nothing but a piece of sh!t.

There is no pride in hurting other people, there is nothing to gain.