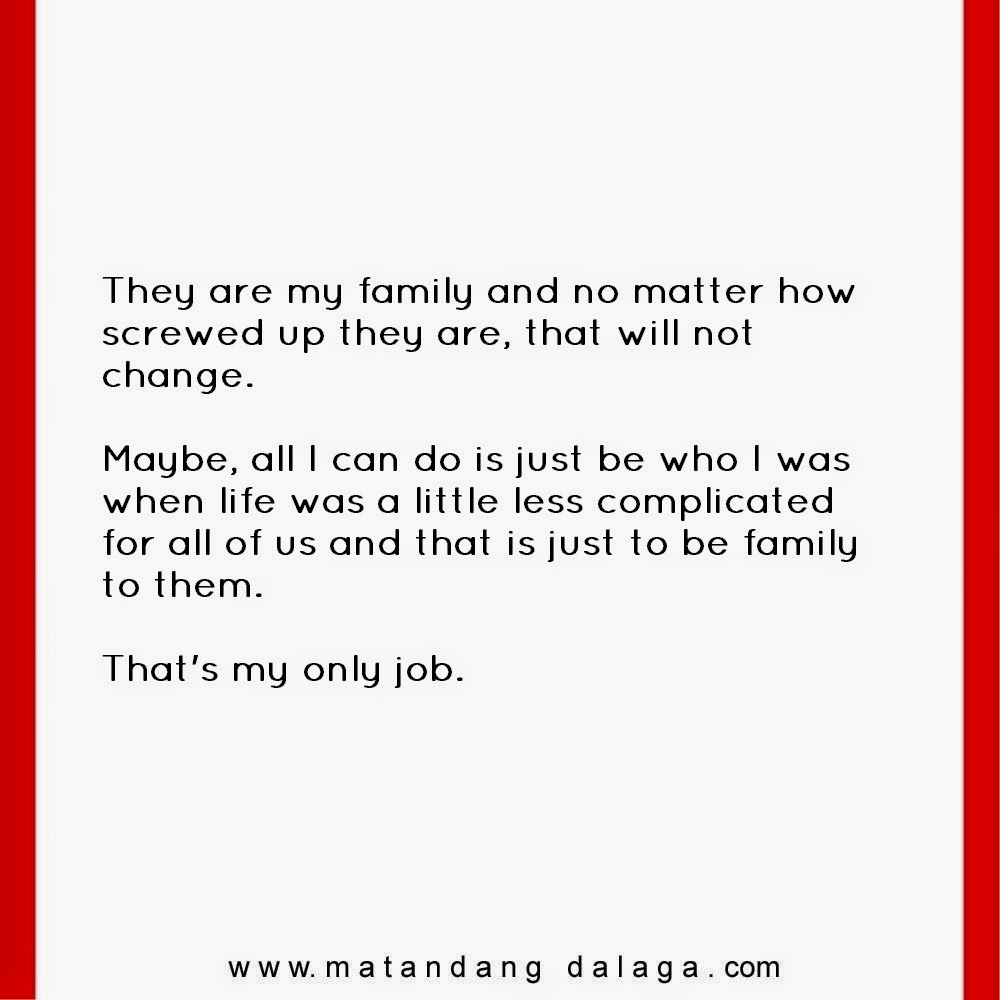 Of all the people I know, I don't know anyone with a family as weird as mine. Some families have one or a couple crazy family members who have been to jail or has 4 wives or has many tattoos but I have never seen a family that has almost all kinds of characters.

Click here and read about my cousin who decided to reconcile with her husband who didn't tell her he was already married before he married her.

I have mentioned how weird my family members are but I don't think I have really enumerated the characters in my clan. Let's see:

Then we have the usual ones:

Just last years, I had a cousin who stole $10,000 from his mother and made it appear like a work of a professional thief.

Just last month, another cousin refused to lend her car to her father.

Last week, I had a cousin who decided to reconcile with her husband who didn't tell her he was already married when he married her and then left her for another woman.

And I am this, a matandang dalaga who can't live with my failure to get married that I decided to run away to this country.

Thinking about my family sometimes makes me cringe. Sometimes, I wonder whether it's in our DNA and whether or not I have it in me too. I hate it. I hate that I have the same blood running in me.

But then... I realize that I know these people. I grew up with them and back when I was a child with no predilection to judge, I only knew their good side. Life happened to all of us and we made the wrong choices.

It doesn't give me the right to judge. They are my family and no matter how screwed up they are, that will not change. Maybe, all I can do is just be who I was when life was a little less complicated for all of us and that is just to be family to them. That's my job.
matandang dalaga matandang dalaga funny stories matandang dalaga update