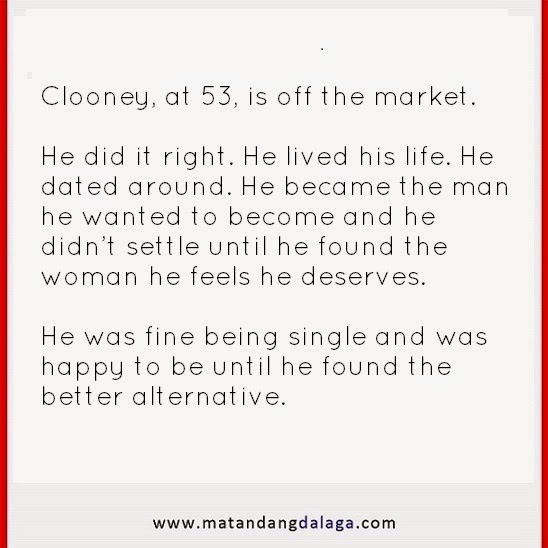 The guy finally got married. Never thought that would happen. With all the beautiful women he passed on, George Cooney seemed content at dating the hottest women with potential Hollywood stardom in town but far from settling down.

No one faulted him for it. After all, he is a hot guy who is successful in everything he does… and he knows how to take advantage of everything he has. Women preferred him being single. As long as he was available, every woman has a chance, no matter how remotely. He also expressed his contentment about being single, claiming he was happy in the relationships he keeps, those with his childhood friends and family. He didn’t say he was shutting down any possibility of marriage but he also said it wasn’t a “must” for him, not even a dream.

He was happy to be single and the world was too.

Then he married Amal Alamuddin, a British-Lebanese author and lawyer. The world was shocked but also in awe of the fact that the epitome of bachelor hotness didn’t only meet his match, he seemed to have married up.

Amal is self-made. She is beautiful and smart. She has substance and she didn’t need Clooney.

Not that it matters but I am happy for him. The guy is not just another pretty face in Hollywood and he is more than an actor. He is a human rights activist and is deeply involved in humanitarian work. He is pleasant and humble.  He lived his life to the fullest.

There is so much to learn from the guy and from Amal too.

We don’t know whether both always wanted to get married. We only know that he had no problems getting into relationships as evidenced by the number of women he dated. One thing is for sure, he waited. He waited until the right one came along. She did too and, it seems, it paid off.

He was married but since, he has taken his sweet time dating. Although his relationships were not “long term”, he was committed to each one of those women he admitted to dating. He was accused of being a perennial dater and being a player but he didn’t pay attention to those criticisms. He dated and he enjoyed the benefits of being single.

Yet, he also didn’t wait.

He bought a house in Europe. Planned and executed some of the funniest prank jokes on his friends. He travelled the world for pleasure and for humanitarian work. He did what he loved doing, acting. He spent time with his family and friends, took them on vacation and helped as many people as he could.

He lived his life. He was present in every moment. He made the most out of everything he had.

He was single. He was happy.

He loved acting and repeatedly said he doesn’t feel like it is work but it is work. Everyone in the industry knows just how tiring it could be and frustrating… no matter how much you love doing it. In fact, everyone who works, regardless of their love for what they are doing, that it could get tiring. Clooney knew how to keep his work and life separate. When he works, he gives it his all but off it, he lives. He lives in Europe. He goes on trips. He volunteers. 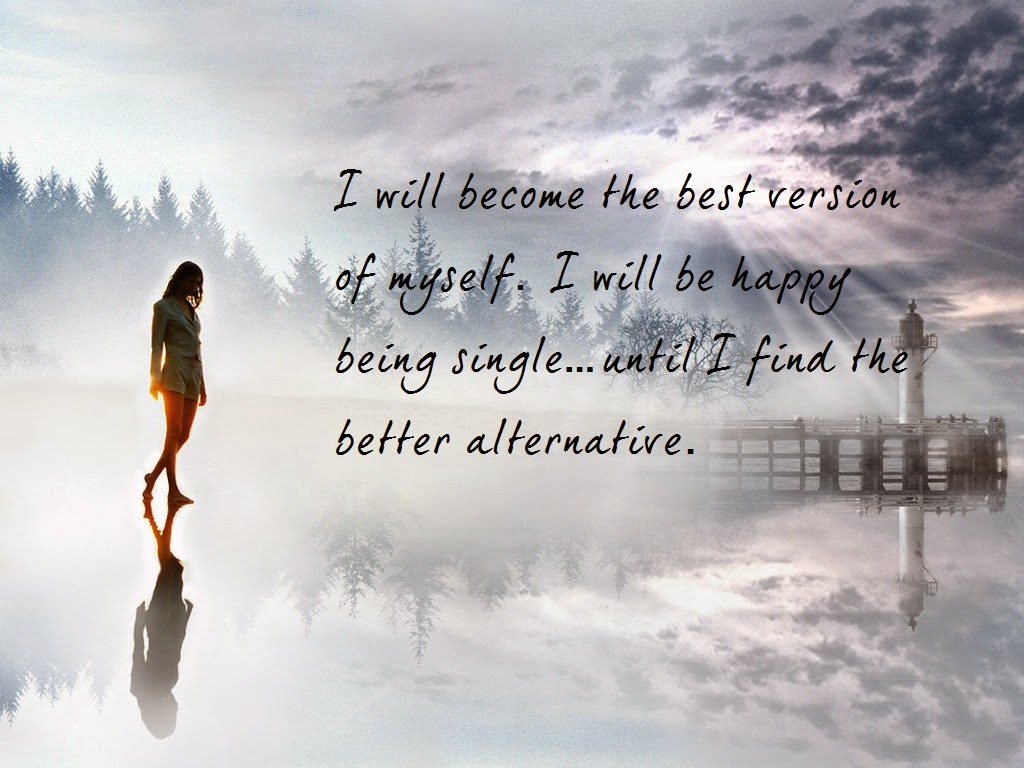 He did the things he loved and didn’t apologize for it.

Clooney, at 53, is off the market. He married a woman almost 20 years his junior.

That’s the kind of matandang dalaga I want to be. I will become the best version of myself. I will be happy being single… until I find the better alternative.

I won’t settle now more than ever.
30 and single matandang dalaga