Approaching My 1st Year in The U.S. 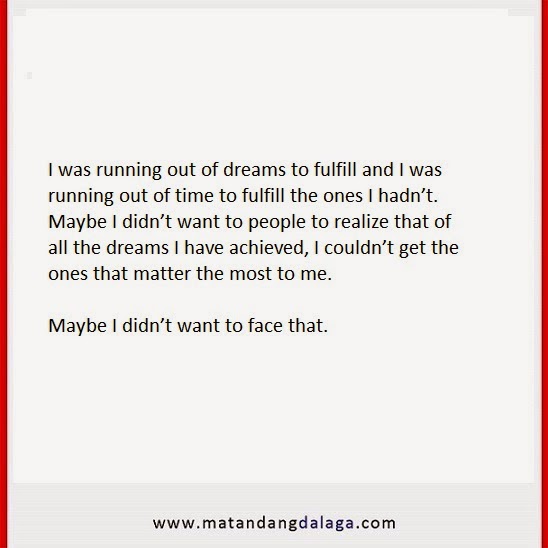 I am approaching my first year in the US.

I remember not being sure why I am moving to the US. I just decided to leave. When I went here and people started asking me why I left my relatively successful career in screenwriting and advertising, I told them I don’t know and I wasn’t lying. For months, I never attempted to answer the question. I just went with the flow. I never really planned on answering it. I wanted things to just happen.

However, 365 days of being away from home has a way of forcing you back into a corner. It forces you in a place where you have no choice but to see everything for all that it is.

Being in the middle of my 30s, alone and in a country that isn’t my own forces me to realize that maybe I always knew why I left.

I bought a house, cars, I travelled, I got my master’s degree. I wrote films and tv scripts.

Maybe I didn’t want to face that.

The fact is that I am not single by choice. I almost married my last boyfriend until he pulled the plug. It was him who walked away, I didn’t. No matter how I want to romanticize the story, the fact is that had he not called off the wedding, I would be married by now. Whether or not I’d regret is another story.

Maybe I didn’t want to say it out loud.

Moving here saves me from the people’s question. No one will ask why I am still not married. At least not to my face. No one will ask me what happened between me and my last boyfriend. I won’t have to hear people call me matandang dalaga.

Maybe I knew there was a slim chance I could find someone in the Philippines.

I am not exactly “attractive” by Filipino standards. I don’t have the charm my cousins have. I am too strong for Filipino men. If I was to be single, I might as well be single in a place where being single till death is not at all too strange.

Maybe… I simply didn’t know what else to do.

That’s why I’m here. To figure out what’s next.

I think I have… part of it, at least.